Day 01- Arrival at Ahmadabad Airport. Transfer to Hotel Divan’s Bungalow, built 150 years ago and designed by an English Architect. An interesting example of the lifestyle of a Muslim household. (02 nights). The day at leisure. Departure from the hotel at 3:00 PM to Sarabhai Foundation Collections. Around 2 hours trip to explore Images and Abodes of Indian Deities; Ritual Textiles of the Vallabha Sampradaya; Sacred Bronzes from South India; Jaina Textiles, Manuscripts, Sculpture and Ritual Objects; and Miniature Painting. While returning, next stop will be at Agashiya-The house Of M.G terrace restaurant. Relish typical Gujarati food “Thali”, Situated in the heart of the city, this place is known for being a heritage symbol of the city.

Day 02- Departure from hotel at 10:30 AM for 2 hours morning tour of Calico Museum of Textiles. See the sights of Textiles for the Mughal and Regional Courts; Export Textiles; Costumes; Regional Embroideries; Tie-Dyed Textiles; Techniques of Weaving and Dyeing; Embroidery Techniques; and Technique of Block-Making and Printing.

Day 03- After breakfast leave for Village Dasada (5 hours) Via Modhera to visit the Sun Temple. It is a Hindu temple dedicated to the solar deity Surya, situated on the bank of the river Pushpavati. Built in 1026-27 AD during the reign of Bhima I of the Chaulukya dynasty. Worship is not offered anymore and the monument is protected and maintained by Archaeological Survey of India. Explore the temple complex for the marvelous Shrine Hall; the Assembly Hall and Kunda, the reservoir. The halls have intricately carved exterior and pillars. There are numerous small shrines. The reservoir has steps to reach to the bottom. Arrival at Dasada, 2 nights stay in Bhunga Houses decorated with mirrors, mud plaster, and embroideries. A wonderful place to soak up the atmosphere.

Day 04- Departure at 06.30 A.M, for morning Jeep Safari across the little Rann of Kutch (03 hours). See the desert wildlife “Wild Ass” and magnificent birds at the lakes and also visit the Kolis at the salt works.

P.M- Camel Cart ride has been arranged to stroll through the village and later we visit the pastoral Vadiaare & Kharapat Rabaries of Dasada, known for their embroideries and silk-weaving.

Day 05- Leave for Udaipur (06 hours) Via Village Dungerpur for lunch at Udai Bilas Palace. The palace is an embodiment of the old world charm of princely India. It offers a scenic location for rest and recreation. This is an ideal paradise of unhurried hospitality. Explore birdlife and tribal life from here. Upon arrival at Udaipur, check in at Kankarwa Haveli for three nights stay.

Day 06- After breakfast leave for a day tour visit to Monsoon Palace, driving through Lake Fateh Sagar and later explore a collection of Gold, Silver and Diamond Jewellery and very fine collection of Miniature Paintings at School of Art. Next, you will visit the City Palace complex, discover the bustling streets in the local market and enjoy the boat trip.

P.M. - Meal at Jagmandir Island Palace; a palace on an island in the Lake Pichola. A historic place built in the 17th century. Later redeveloped as a complete luxury destination, with its all-day café, stylish-dining restaurant, bar, and spa designed to uplift moods and spirits.

Day 07- Leave for Jodhpur (06 hours), visit the famous 15th century built Jain temple Ranakapur on the way. It has 1444 pillars in white marble, each one is different from the others. Upon arrival check in at Devi Bhawan for two nights stay.

Day 08 - Leave for a jeep safari in the desert, driving through a wildlife park, on our way to visit the Bishnoi tribal people. Get a chance to learn about some of their traditions and have our lunch prepared for by Dhurry weaver Roop Raj’s family. We will also see how the carpets are made. You can purchase directly from the weavers.

P.M.- A visit to the Mehrangarh Fort; unsurpassed in beauty & grandeur. It is one of the largest forts in Rajasthan. Next stop is the 19th century royal cenotaph- Jaswanthada, a creation in white marble. Later we will stroll through the famous spice market in the Old Town by Clock Tower.

Day 09 - Leave for Village Barli for a night stay at Fort Barli. The Fort truly unfolds the legacy of the erstwhile rulers of the region. Dedicated to offering comfort-filled stay to its guests, this luxury heritage hotel is an amalgam of the old heritage of the royalty of Rajasthan.

Day 10- Leave for Jaipur (05 hours). On the way, we will stop at Village Bagru to see hand block printing, indigo dying factory and textile collection. Upon arrival check in at Alsisar Haveli/ Narain Niwas for 02 nights stay.

Day 11- Leave for Jaipur city tour with a private guide. On this tour, you will admire the Palace of the Winds, an elephant ride to Amber fort, carpet making art and paper making. Tour of the heart of the “Old City” and strolls through the bustling streets.

Day 12- Leave for Agra via Fatehpur Sikri ( 05 Hours), the city was founded in the year 1569 by the Mughal Emperor Akbar the Great, and served as the capital of the Mughal Empire from 1571 to 1585, when it was abandoned. After his military victories over Chittorgarh and Ranthambore, Akbar decided to shift his capital from Agra to a new location 23 miles (37 km) south-west, to honor the Sufi saint and Salim Chishti. Here, he commenced the construction of a planned walled city, which took the next fifteen years in planning and construction, with a series of royal palaces, harem, courts, a mosque, private quarters and other utility buildings. Upon arrival check in at Mansingh Palace for 02 nights stay.

Day 13- Morning guided tour at sunrise to the Taj Mahal and Agra Fort. Spend the rest of the day to explore the bazaar.

Day 14- Leave for Delhi via Elephant conservation Project. Upon arrival check in at Ahuja Residency for night stay.

Day 16- Upon arrival at Kalka station at 5:00 AM, we will get into the Toy Train to continue our journey to Shimla (Dep at 0615 hrs and Arr at 1030 hrs). Upon arrival transfer by a private car to Hotel Clarkes for 02 nights stay. Clarkes is classed as a Grand Heritage Hotel, built in 1898; it is one of the oldest hotels in Shimla with all the elegance and grace of the British Imperial era.

P.M- Trip to an ancient temple in Shimla, dedicated to Hindu deity, Hanuman. Temple is situated on Jakhoo Hill, which is the highest peak in Shimla to offer a panoramic view of the Shivalik Ranges and the town of Sanjauli. On our return, walk around the famous Mall road’ it is the main street and the busiest place in Shimla. Constructed during British colonial rule, the bustling street has a number of showrooms, department stores, shops, restaurants, and cafes.

Day 17- Heritage walk of Shimla (around 4 to 5 hours). You will stroll through the town's Architectural Heritage Zone that brings you close to various architectural sites of British era. Most of the buildings are still in use and hold the same attraction as they had during the time gone. P.M- Spend at leisure.

Day 19- A guided tour to visit Golden Temple, Jallian Wala Bagh, and to explore the beauty of the local market. After lunch, we will proceed to Wagah Border, which is the international border between India and Pakistan. The pomp and pageantry of the Beating Retreat and the Change of Guard within handshaking distance of the Indian and Pakistani forces make for the most charming spectacle.

Day 20- Flight to Delhi (Dep at 1445 hrs and Arr at 1550 hrs). Upon arrival at Delhi transfer to Hotel near the International airport for night stay.

P.M- Leave for Airport T3 for the flight to… 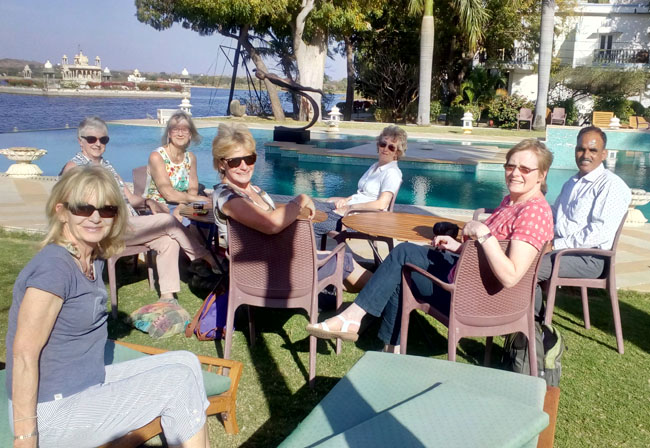